Housing and Development Board

Ministry of Trade and Industry

Some Pointers for Better Contracting of Construction Projects - 3rd Run

1.Included in this talk are pointers, which have come to my mind based on my years experience and involvement in contracts of construction projects in Singapore and Malaysia. It is not my intention to discuss everything and every issue that one may come across in contracting of construction projects. Pointers given confine only to those issues and things that some practitioners seem to have overlooked, ignored or have not given due regard and attention to. Many of these issues and things are so simple and obvious and yet appear not to have caught the attention of some practitioners of the construction industry. It is not denied that more pointers could have been included. I have not done so because, I take cognisance of the fact that ways to contract construction projects are very much influenced and controlled by human behaviours, how the human mind works, and business practices of contracting parties, all of these are again dependent very much on contracting parties cultural background, business policy as well as strategy, traditional modus operandi, and the era circumstances and environment the contract is performed. Furthermore, a human mind could work in such a way that it could be beyond the imagination of ordinary people. I am an ordinary person. Giving due regard to the aforesaid, there could be no end to the list of pointers. Hence, I have therefore decided that pointers I will be discussing should confine to those related to only common issues and matters. Some pointers given herein may appear to be repetitions. It is really not so because, the issues and matters involved are somewhat related but different.2.It should also be noted that many pointers given herein involve not just one member of the project team [PT] (comprising the contracting parties, project professional consultant and the contract administrator) but all of them.3.It should be noted further that all opinions stated in these notes are mine, and NOT those of the organiser of this course, or any of his affiliated organisations.

This certification course provides an understanding of construction contracts. It examines the principles that are involved, the terms and conditions and the administration of contracts at various stages of a construction project.Case studies will be discussed during the sessions to broaden the participants knowledge of construction law.

Statutory legislations such as Workplace Safety and Health Act (WSHA) and its subsidiary legislations are prepared by legal professionals. The structure of the legislation as well as various terms used in the legislation are not usually easily and fully understood in terms of their intent, meaning and implications by industry practitioners who either do not have legal background or only possess minimum legal knowledge. It is important that construction/project managers, supervisors and WSH personnel are educated with the better understanding of legal terms, implications of the WSH legislations, responsibilities of stakeholders, liabilities and penalties for non-compliances with respect to managing construction projects. 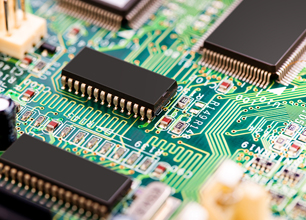 Robustness and reliability of Integrated Circuits (ICs) is essential for many important applications of ICs such as automotive or industrial control. At the same time, pressures on time to market and cost keep increasing. System-level design methodologies are therefore increasingly being utilized. Virtual Prototypes are valuable for fast system simulation, also allowing for concurrent development of hardware (HW) and Firmware / Software (FW/SW). Fault injection is an essential technique to verify integrated systems.In this Talk, Professor Dr.-Ing. Ulf Schlichtmann will describe the basic concept of Virtual Prototypes. Professor Schlichtmann will discuss how multi-level processor models enable an efficient combination of accuracy and performance in fault injection. Fault injection can also be extended to FW/SW in addition to HW. Cross-layer techniques are valuable in evaluating the robustness of complex integrated systems.The research described in this talk has mostly been developed in the context of large-scale public funded research projects in Germany, related to both industry 4.0 and automotive industry.

bizSAFE is a five-level programme devised by the WSH Council (WSHC) to assist companies build up their WSH capabilities in order to achieve quantum improvements in safety and health standards at their workplaces. Companies are guided through a journey, starting from top management demonstrating their commitment towards WSH, to acquiring risk management capabilities and implementing a WSH Management System. In the process, participating Companies gain recognition and benefits of having a comprehensive WSH system in place. In the bizSAFE learning journey, this Level 4 course is meant for individuals who are appointed as WSH Management System Programme Lead and responsible for implementing WSH Management System in accordance with the requirements of Singapore Standard on Occupational Safety and Health Management System SS 506. This course has been accredited by the SSG.

To prepare site personnel to become aware of the importance of details during scaffold erection, use and dismantling, in relation to proper documentation of SWPs, incidents, etc. and direct and continuous monitoring of scaffolds and workers on them

Development projects are increasingly demanding as the clients becomes more sophisticated and requires their project to be built with better productivity and sustainability. At the same time, over the years there has being a gradual accumulation of practical experience around the world on specific methods of construction like prefabricated-prefinished volumetric construction (PPVC) and materials like self-compacting concrete (SCC) and cross laminated timber (CLT).

The Building Information Modelling (BIM) is certainly changing the way project teams work and is taking the construction industry into a new era of quicker and more productive processes, higher cost certainty with a reduction of risks. With a mandatory phased BIM submission by 2015, the need for quantity surveyors to embrace and evolve with BIM is inevitable and crucial to improve cost performance with certainty on increasingly complex projects worldwide.

2 DAYS COURSE:This intensive course comprising lectures and case studies will enable participants to acquire sound technical knowledge of site risk management and appreciate how the construction insurance coverage is triggered. Technical aspects of the physical site work such as design and codes of practice will be addressed in relation to issues of dealing with the Contractor's All Risk (C.A.R) policy aspects during this session. Risk management on project sites will also be given adequate attention as these are essential to meet the policy conditions and clauses. Active learning concepts will be used to share the above subject matter with the participants.

Artificial Intelligence in Medicine: Opportunities and Challenges in Hardware Innovation 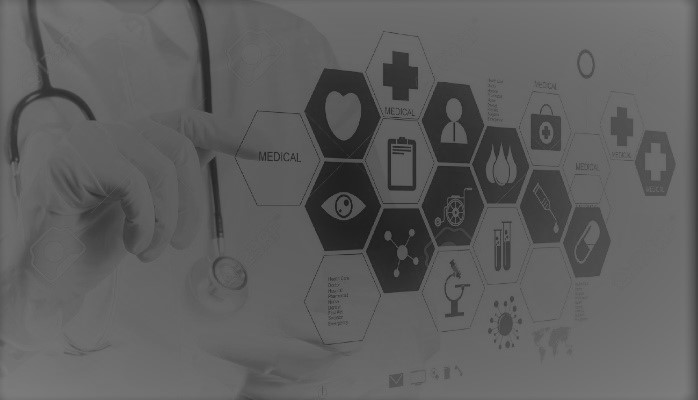 IES EECETC and SUTD proudly present, and supported by Singapore Medical Association (SMA) --- The new era of healthcare ushered in by wide adoption of intelligent technologies has been rapidly changing. Artificial intelligence, smart sensors and Internet of Things (IoT) are among the most active and emerging trends in revolutionizing traditional healthcare systems. Technologies such as high performance processors and wearable body sensor networks have enabled us to turn dreams into reality.We are witnessing how advances in technologies are being leveraged by the healthcare sector to create smart health systems, and by the government to foster the deployment of smart city. This Talk aims to bring the audience the latest development in smart health where emerging technologies are adopted and implemented.Several studies conducted in Singapore General Hospital will be showcased, for example, cardiovascular risk stratification using intelligent wearable system for ECG analysis and processing. Further, challenges and opportunities in hardware innovation in the era of smart health will be discussed.